1989 SAFE established a scholarship at Embry-Riddle Aeronautical University. This annual scholarship was initially funded by SAFE Corporate Sustaining Members and is given to a student(s) who meet strict criteria in keeping with the SAFE Association’s goals and objectives.

In subsequent years, SAFE provided additional funding to insure that this scholarship continued to be awarded annually. It is ongoing and continues today. 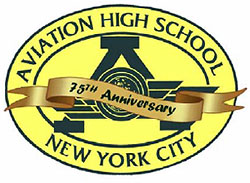 2001 Aviation High School, Long Island, N.Y. SAFE provided a one-time scholarship designated for books and/or tuition for a student planning to attend the College of Aeronautics. 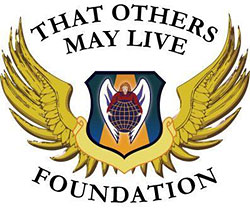 That Others May Live (TOML)

2009 That Others May Live (TOML) Foundation’s mission is to fund the advanced educational needs of the children of fallen heroes who gave the ultimate sacrifice. 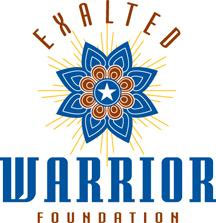 2010 Exalted Warrior Foundation facilitates a yoga instruction program that is designed for wounded warriors in military and veteran hospital facilities. Faced with the demands of both a physical and emotional recovery, yoga allows newly disabled veterans to reconnect both with themselves and their loved ones. Soldiers with amputations, traumatic brain and spinal cord injuries have benefitted greatly since the program began.

In Memoriam one-time scholarship to Embry-Riddle Aeronautical University in honor of:

The General was a graduate of Princeton University class of 1939 and was commissioned in the Army Air Corp working for General George Patton. He later flew 362 missions while flying the "Hump" in the China-Burma-India Theater during WWII.

In 1946, he became a founding member of the Delaware Air National Guard. After surviving a near fatal jet airplane crash on June 4, 1961, General Bill decided that others should know more about surviving serious crashes both in the air and in automobiles. He then gave over 3,000 speeches worldwide to pilots of all Military Services concerning Flight Safety and Crash Survival.

General Spruance was Board Chairman for 17 years for Embry-Riddle Aeronautical University and then Chairman Emeritus. He served on the governing board of the Air Force Association for 30 years and for more than 50 years as a member of the National Guard Association including a position on the Board of Directors, National Guard Trust Insurance and the National Educational Foundation. He was a lifetime member of several pilot organizations including the Daedalians, Quiet Birdman, the Red River Valley Fighter Pilots and the Hump Association.

In 1969, the prestigious SAFE Association General Spruance Award was established. The award criteria was "Presented for outstanding contribution to safety through education." General Spruance was at the SAFE Symposium until 2007 when his wife’s health prohibited his attendance. He also gave a talk each year titled "The Will to Survive" which was his account of the 1961 near fatal crash above.

In 1989 General Spruance was presented with the SAFE Honorary Life Member Award, a richly deserved recognition for the General’s many, many contributions to SAFE.

"We urge all SAFE members and interested visitors to our website to provide any assistance you can to these worthy organizations. It is SAFE’s intention to continue to provide to foundations, organizations, and associations whose goals are in accord with those of SAFE."

All SAFE members and affiliates are to be commended and proud of this effort on their behalf.

Learn about the benefits of individual and corporate memberships.